How we saved a patient 545 days waiting for her surgery

Most health care navigation stories aren’t like this one – simply because we usually cut our clients’ wait time for treatment by 220 days.

But this story speaks to the diplomacy and determination we exert on our clients’ behalf every day – especially during COVID when everything is twice as hard and takes twice as long. It also speaks to how necessary it is for Canada’s health care systems to incorporate health care navigation into the treatment of every patient who needs to visit a specialist or a surgeon.

Late in 2018, an insurer referred to us one of their clients, a 42-year-old woman from the Maritimes. For years she’d suffered with chronic debilitating lower back pain and bladder and fecal incontinence. She’d been referred to a local urologist for an appointment in May of 2019. She also had an appointment with a gastroenterologist, but he had a two-year wait and no cancellation list.

So we first got her urologist appointment moved from May to February 2019. When we found there were no gastroenterologists in the Maritimes who could take her sooner, we started looking outside of the Maritimes, and found a urologist who could solve both her incontinence issues. But because she was from out-of-province, he required payment before the appointment.  We got her insurer to cover her flight, hotel and meals, and made sure she was reimbursed for her upfront payment by her province’s health care system.

She met the Toronto urologist on Aug. 2, 2019, and he recommended she have a neuromodulation implant that could possibly relieve both forms of incontinence.  The implant surgery was scheduled for early this year. But then COVID came along and cancelled all elective surgeries. The minute the surgeon’s office re-opened, we were on the phone to ensure our client’s surgery was reprioritized in his schedule.

Finally, her surgery was scheduled for September 22, with a follow-up surgery to make the implant permanent on October 6. The day after her first surgery, she told us it was like “night and day”. She was almost afraid it was too good to be true. Even her back pain had disappeared. The afternoon before she was about to travel back for her second surgery, she was told she would need a COVID test before she went into the OR, or the surgery would be cancelled.

Since our client was flying to Toronto the night before, we went into high gear to find out where this test could be done on such short notice. We discovered that she could go into the Emergency Department at the hospital the next morning, and they would get her the results before her surgery that afternoon. Our navigator called the ER ahead of time and spoke with the triage nurse to let her know her client was coming. She also called the next morning to ensure the results would get to her specialist on time.

Of course, there was a delay. So our navigator kept following up and also got the specialist to adjust his schedule to wait on the results. They were finally confirmed at 2:50 p.m. and the client was immediately wheeled into surgery. The surgery was a success – both incontinences disappeared, as did the back pain.

To save another trip to Toronto, our navigator transferred follow-up care to the urologist she saw back in 2019, who was closer to home. She also ensured the Toronto specialist’s consult and operative notes were transferred right away to the Maritimes specialist.

Oh, and because she was in Toronto for such a short time on her first trip,  with restaurants pretty much shut down because of the pandemic, our client made sure to pack some snacks the second time.  When she explained to her Uber driver why she was in Toronto for her second trip, he showered her with protein bars, drinks …and even an apple pie.

And that’s what we do, for a woman from the Maritimes and for thousands of other Canadians every year. 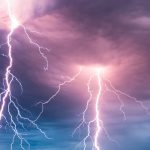 It was a bad couple of weeks for truth on the healthcare navigation frontEnglish, Healthcare Navigation