I don’t mean healthcare navigation on the personal front, where someone who needs a new hip, for instance, is guided through the healthcare system so they don’t have to wait for months or pay a fortune to get to the front of the line in some other country.

If COVID has revealed anything, it’s that one-on-one patient navigation needs to be embedded throughout our healthcare system for every major elective procedure, and not just for cancer patients, as it is now.

I mean healthcare navigation on the macro level – the millions of Canadians who have to figure out how to act so we don’t get COVID or give it to others.

Here, Canada’s healthcare navigators are our Prime Minister, our Premiers and their expert officials. They haven’t been doing a great job, and for the past couple weeks, they were confused, contradictory and defensive. Not what you need in someone who’s guiding you to safety during a storm.

Part of the reason for that is, COVID-19 is new and always changing. So it takes time to get up to speed. We all understand that. This is hard, maybe the hardest thing to assess, ever.

But the other reason is that politics is infecting how our leaders decide what’s best for us in fighting a virus whose destruction cares nothing about politics.

Just in these past two weeks……

It’s no wonder Canadians are confused, annoyed and cynical.

But the worst effect is in the trust we need to have in our leaders.

If our politicians thought of themselves more as true healthcare navigators and less as balancers of different interest groups, more of us would be safe and not sorry.

Pretty much everywhere in Canada, December will be worse than November.

How we saved a patient 545 days waiting for her surgeryEnglish, Healthcare Navigation 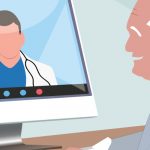