It’s one thing to bemoan the ragged state of mental health care in Canada.

We all know there’s far too little of it, and what services do exist are scattered, uncoordinated and, as a result, inefficient.

The pandemic will make this much worse, as we emerge from a year of lock-downs and isolation, and all the mental health problems they bring, along with closed facilities or restricted access to them. As I’ve often said, come this summer Canadians are going to be hit with a second pandemic, this one a mental health one. Even by last December, 40% of Canadians said their mental health had worsened since March 2020.

Just as our physical health system has been saved by new injections of money from Ottawa and the provinces, now’s the time for them to inject new funding into our mental health system to keep it alive too.

Sometimes, the charitable sector can move faster than government. And in doing this, they can send a signal to both the public and the private sectors to follow their lead.

This week, the Slaight Family Foundation donated $30 million to make it easier for young people to get help for their mental illnesses, and for that help to be as good as how our system of cancer and heart-care saves thousands of lives every year.

While our mental health system is chronically underfunded across the board, older teenagers in particular have fallen through the cracks when it comes to treating them when they’re in a crisis. In Ontario, a 17-year-old is treated as a ‘minor’ when it comes to where and how they are treated for mental illnesses. But what happens the day they turn 18?  Treating depression is not like treating a broken leg. It takes time, and far too many older teens have ended up in crisis because this transition is confusing and filled with dead ends.

The $30 million Slaight donation is one of the largest ever for mental health care in Canada. This is laudable, but it’s a sign of just how far mental illness lags in philanthropic support compared to family philanthropy for physical illness, such as the Rogers Family $130 million donation to heart research. Let’s hope the Slaights have set a new ‘table stakes’ for stepping up to support a disease group that still carries far too much stigma.

Which brings me to what’s really remarkable about the Slaight’s donation.

Yes, one of the largest children’s hospitals in the world can help only 10 young people in mental crisis. Ten. Shocking.

But back to Sick Kids.

As the Globe and Mail reported: “The unit will provide treatment to the most seriously ill patients, such as those coming out of intensive care after suicide attempts.”

The Slaight donation will also help with two other chronic gaps when it comes to young people and mental illness.

The first is the continuity of care for older teenagers as they age into the adult system. So, $2.5 million will go to the Centre for Addiction and Mental Health (CAMH) to build a 25-bed unit to provide intensive care for 16-to-25-year olds. In addition, $1.5 million will go to Kids Help Phone to create a national text and chat line specifically for young Black Canadians.

But what’s truly heartening is that, as the Globe and Mail reported, “The money is also intended to help families find timely treatment in a confusing system. Some of it will be used by St. Michael’s and Sunnybrook Hospitals, to expand system navigation programs.”

As Gary Slaight said: “We don’t have to tell people in this time that there’s an issue and it needs to be addressed. We hope others will step forward.” 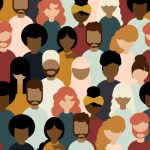 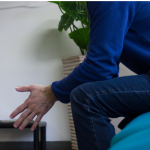 There is an answer to the surgical wait-times crisis created by the pandemicEnglish, Healthcare Navigation