When COVID cases rise, so should contact tracing. But it’s not.

The last few weeks have seen a stunning rise in politicians not listening to their medical experts, with not only predictable effects, but certain and deadly ones.

On Monday, Canada reported yet another record of 4,802 new cases of COVID-19 and 74 new COVID-related deaths.

Last Thursday, Premier Ford’s health experts said that if Ontario didn’t clamp down on social gatherings, it’s likely that the province will face more than 6,000 new cases per day. As one expert noted, at the rate the virus has spread this week, “Ontario will have more cases per capita than France, Germany and the United Kingdom in the coming weeks.”

That same day in Alberta, doctors implored Jason Kenney’s government to introduce a two-week ‘circuit-breaker’ lockdown to slow the rise in cases in Alberta, which had reached 644 cases a day. As the Calgary Herald reported, this would give “contact tracers time to catch up and [ease] the pressures on the health-care system.”

Meanwhile in Manitoba, the town of Steinbach is looking more like Italy did in March. Patients are being triaged in their own private vehicles, because there’s just no room in the Bethesda Regional Health Centre emergency department.

While most eyes have been on the fraying relationship between the medical experts and the Premiers and Prime Minister, there’s a parallel crisis every bit as dangerous as over-run ERs and burnt-out healthcare workers.

It’s the direct and dangerous connection between rising numbers of COVID cases and the decline in contact tracing. The mathematics of epidemics calculates growth exponentially, not arithmetically.

So a small rise in the infection rate will produce a giant rise in infection rates over even just a month. When the rise in those infection numbers start looking like a hockey stick, the same thing should be happening with contact tracing.

As we all now know, not knowing how the disease spreads is a guaranteed way to make sure you never get ahead of it. For example, between November 6 and 12, 86 per cent of the new cases in Alberta had an unknown source of infection.

Now that some of our infection numbers are beginning to rival America’s, we need to hire many more contact tracers to track the many more cases that are breaking out.

We need to. Urgently.

This isn’t a problem of will or of leadership, as it was in America. It’s a problem of funding. Contact tracers have to be trained and paid. There’s no more money left for that. Yet, this is the very time when we need more contact tracing. If we don’t know where and what is leading to the active outbreaks and rising numbers, how can we control those numbers without mass lockdowns?

One way to prevent that is to allocate new funding to pay for all the tracers we’re going to need to keep the pandemic from veering out of control completely.

Thank goodness the City of Toronto has rethought their decision last month to shut down contact tracing.  Last Wednesday, Dr. Eileen De Villa, Toronto’s chief medical officer of health, said the City of Toronto would be increasing the team from 50 people up to nearly 700.  This is the largest army of contact tracers in the country. 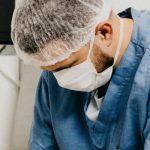 Will wait times ever get back to pre-pandemic levels?COVID-19 Screening Tool, English 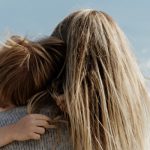 How we saved a patient 545 days waiting for her surgeryEnglish, Healthcare Navigation