We’re lucky to have a public health care system and luckier still to have reporters like Andre Picard and Andrew Coyne to separate its myths from its realities.

This became clear last week when news broke that a judge on the BC Supreme Court had ruled against private health care.

The fact is, in his 880-page ruling Justice John Steeves didn’t.

Two days later, Coyne’s comment came out under the headline: “The landmark Charter challenge over private health-care wasn’t about what you thought it was.”

In reality Canada already has a mixed public and private health-care system. If you can afford it and don’t mind paying twice, that is to say, via your taxes and via fees to a private clinic, you can shorten your own wait time for some procedures, though not all.

We at Medical Confidence know first-hand that there’s lots of room for improvement. Our future growth is predicated on that single idea. I mean when just one company can reduce wait times by 220 days and disability duration by 6 months (with a 20% reduction in disability costs), you know there’s still plenty of fat and inefficiency to be cut.

The B.C. action was brought by Cambie Surgery Centre in Vancouver. Ironically, its medical director, Dr. Brian Day, is the former head of the Canadian Medical Association, which represents Canada’s 86,000 doctors. Said Dr. Day, “people are literally suffering and dying on wait lists.” This is certainly true this year during COVID.

As Dr. Roland Orfaly, told CTV News following the Supreme Court decision: “Just recently I had a day of surgeries where I had three patients… the first had waited 352 days, the next one had waited 463 days, and the last one waited 420 days. That’s just not acceptable.”

But as Andre Picard and Andrew Coyne imply, opening the doors to a wave of private clinics won’t reduce those wait times by a single day.

What will is taking the system we have and making it work better.

I have no delusions that this will be easy. But let’s at least start in the right place. 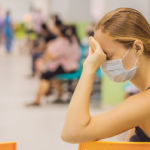 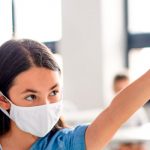 There is a place where back-to-school is workingEnglish, News