What’s worse than a chronic surgical backlog? A rapidly growing backlog across Canada

In March, health authorities across the country started cancelling elective surgeries  and procedures in order to clear hospitals for treating patients with COVID-19.

By May, in the absence of a torrent of COVID-19 patients, the Ministries of Health began opening up those surgeries again in order to clear the backlog. Just in Ontario, that 90 days of postponement resulted in a backlog of 150,000 surgeries.
But that backlog, with its attendant pain for those who have to wait for a new hip, or shortened lives for those whose cancers have metastasized, is not getting any shorter. In fact, it’s growing.

This is the conclusion of the study released last week in CMAJ, the Canadian Medical Association Journal. It revealed that Ontario alone had a backlog of nearly 150,000 operations in the three months between March 15 and June 13.

As the Globe and Mail noted: “If hospitals added 717 patients a week to the roughly 11,000 weekly surgeries they typically performed before the pandemic, the researchers expected it would take 84 weeks to clear the backlog.”

If you’re a Priority 4 cancer patient at the end of that 84 week line, you’re waiting twice as long than is deemed medically acceptable by most provincial health bodies. Twice as long.

We hosted a webinar last month with Dr. Chris Simpson, the Chair of the Ontario Surgery and Procedures Re-Opening Committee. He noted that the growing backlog is because most hospitals are still operating at only 70% of their surgical capacity because of additional protocols added since the original shut-down in mid-March.

This is one underlying problem when you have a just-in-time surgical scheduling system. Operating at anything less than 100% efficiency will create backlogs all the way down the line. Even moving from zero elective surgeries to 70% of them won’t really flatten the curve. It will simply slow its rise.

Another underlying problem is that our system of initially diagnosing patients, sending them to a specialist for further diagnosis, scheduling them for surgery, performing that surgery and returning them to health post-surgery, is hugely inefficient.

The problem isn’t just felt by the patients. As Dr. Jonathan Irish, the lead author of the CMAJ study, noted: “We’re now asking those people who have worked incredibly hard during the course of the pandemic to work even harder, so the implications are not insignificant.”

This is why Medical Confidence was created. Working entirely within the public health-care system, we use the principles of patient navigation to reduce those waits for treatment by 220 days on average and reduce disability absences by 6 months on average.

Waiting for backlogs of a year and a half to clear is one kind of tragedy.

But I’m worried about another.

With kids going back to school and Fall sending us back indoors, it’s likely that Canada will have more outbreaks of COVID-19 the way other countries have. Governments may well have to close down certain parts of the economy, or at least slow them down, which could include elective surgeries.

This means both more delays and longer ones.

One valuable lesson we learned during this pandemic, as we prepare for the next one is – never again should we entirely shut down our hospitals.

That solution has made it worse for everyone. 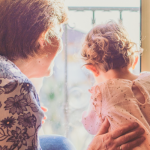 Let’s not forget about grandparents when we ask if it’s safe to send our kids back to schoolEnglish, News