I’m no alarmist, but someone is going to yell “Fire!” soon.

The sudden halt in elective surgeries is signaling that the provinces’ funding to reduce backlogs of elective procedures will only reduce their coffers, and not patient wait times.

But worse, much much worse, the startling outbreaks of COVID-19 and the reaction of front-line workers could well see Canada’s hospitals overwhelmed the way that American hospitals, dealing with its world-record infection rates, are enduring.

Last Friday, Manitoba had 480 new cases, far eclipsing the previous record of 193, and now has the highest number of cases per capita in Canada. The Manitoba government immediately halted all non-essential procedures in the Winnipeg metropolitan area and in-hospital patient visits across the province, with some case-by-case exceptions.

The previous Friday, Alberta announced it was postponing all non-urgent surgeries in the Edmonton zone. On that day, the province was at 88% of pre-pandemic surgical capacity and more than 73,000 Albertans were waiting for surgery.

Why? That morning, 1,000 nursing care and support workers, all members of the Alberta Union of Provincial Employees, walked off the job to protest the government’s plan to contract out 11,000 laundry and lab positions in order to save $600 million.

This past Friday, Alberta reported a record 622 new cases, the largest single-day jump since the pandemic began.

Then just yesterday, the CBC revealed that the acute care wards of many of Ontario’s hospitals have been running at close to 100% occupancy – even before flu season and an uptick in COVID-19 admissions.

It concluded that the dollar cost to return to pre-pandemic wait times for just 6 key medical procedures would be $1.3 billion. That doesn’t factor in lost wages and productivity, nor the added costs of treating a more advanced illness. And of course, the Deloitte study was completed before last week’s outbreaks and suspended procedures happened.

So, it’s time to inject some reality into what’s been largely viewed as a very-worst-case scenario for our health care system and its millions of patients.

The first step in forestalling that future is to listen to Canada’s Chief Medical Officer, Dr. Theresa Tam, who last Friday, told Canadians that we need to cut back our physical contacts by 25% if we have any hope of not having more medical procedures suspended and keeping our hospitals open and uninfected.

Isn’t it more important that surgeries continue than having a party with friends?

We’re in a pandemic here, aren’t we?

We’re in a pandemic, which has already cost us millions of dollars to support employees, businesses and health care.  The costs are going to skyrocket if we don’t all start doing our part to curb the spread. 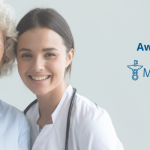 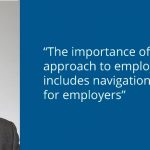 Medical Confidence Appoints Kyle Fraser to the Role of Director of RevenueEnglish, News