Two news media have produced sophisticated animations of just how badly many places are failing to protect their people from COVID-19.

This first, from The Financial Times, is based on their belief that “Data has been the only way to truly understand the scale and impact of Covid-19.” What their data shows is that the first wave may have been aided by our ignorance, but the second wave is worse because of our indifference. In the US, nearly 70,000 new cases were reported on Friday, up from 46,000 a month ago. Here in Canada, in that same one month period, we have risen from 944 to 2,374. Yesterday, we edged close to the 200,000 mark.

The second graphic analysis comes from Reuters,  and unlike the Financial Times data, it deals only with the situation in the US. But its value to those of us living in Ontario comes from what it can teach us about both containment and humility.  “Not being America” isn’t an effective strategy on either side of the life-and-death tradeoff between saving our economy and saving our people. Nor is “Being Spain” or France or Italy, all of which appeared to have contained the virus only to endure frightening second-wave breakouts. On the weekend, even the streets of Paris were empty.

Also on the weekend in Toronto, three hospitals had outbreaks, with 40 new cases reported at St. Josephs,  CAMH and Toronto Western. Gone are the days when the number of new cases in the Greater Toronto Area was comfortably under 100.

Until those days return, or an effective vaccine arrives, questions of how to stay safe and healthy at home or at work will dominate our attitude to our workplace (which could be the den) and our employer.  If anything, as the second wave grows worse, I believe employers will have to step up even more than they did during the first wave to show their employees that they care and that they’re prepared to invest in ensuring that their physical and mental health are secured.

Yes, this is very hard and even more costly. But companies, and especially large public ones, were already undergoing huge changes in their purpose and mission before COVID-19 arrived. The days of maximizing profit as an organization’s main goal were already being discarded.

As Larry Fink, the CEO of Blackrock, the world’s largest asset manager, famously said in 2018:

“Society is demanding that companies, both public and private, serve a social purpose.”

If ever a time existed when a company should reveal its real social purpose, it is now, when its most precious asset, its employees, are in real need, and as winter falls, could be in dire need. 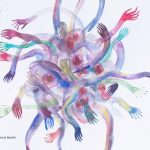 Why do we continue to starve mental health?English, News 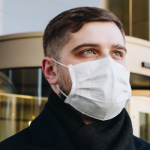